The Erik Jonsson Media Center is an extension of the classroom and functions as the school's information center.

With three cozy teaching areas, three fireplaces, low shelves, and stuffed animals, the Media Center is a warm, inviting area where students joyfully search for books and recommend them to one another. The Lamplighter curricula are enriched at the Media Center through a variety of well-organized resources and tools that reflect the diverse needs of the community. There are more than 28,000 items in the collection. These materials are available to all students, parents, faculty, and administration within the school community. Each student is assisted in selecting, evaluating, and using the information appropriately and effectively. (This is often described to the students as a “just-right” book.) The Media Center Coordinator supports students’ love of reading and collaborates with faculty to provide instruction, learning strategies, and practices that use essential learning skills.

Our youngest learners begin by borrowing one book at a time; this limit is raised gradually, until fourth graders can check out five books at a time. If students forget to return their books on Media Center day, they are invited to sit and read a book of their choosing. There is a display of pop-up books for those who haven’t mastered reading alone yet, or for anyone to enjoy.

An annual Book Fair is held in May and a Media Center Open House is held after Thanksgiving, during which parents purchase books in honor of faculty and staff. The Media Center supports the Dooley Author Series, bringing award winning authors and illustrators to campus for students, faculty, and staff. 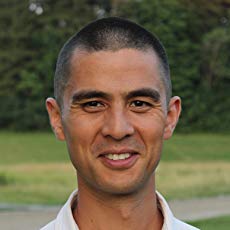 Jason Chin combines imaginative storytelling with intriguing science to create books that both enchant and educate. He is is the author and illustrator of Grand Canyon which received a 2018 Caldecott Honor, Sibert Honor and won the 2018 Orbis Pictus award. His other books include Redwoods, Island: A Story of the Galápagos, Gravity, and most recently Pie is for Sharing by Stephanie Parsley Ledyard. While researching his books, he’s gone swimming with sharks, explored lava fields and camped with scorpions at the bottom of the Grand Canyon. Jason was raised in New Hampshire, studied illustration at Syracuse University, and now lives with his family in Vermont.

Victoria Jamieson is the creator of the graphic novels All's Faire in Middle School and Newbery Honor winner Roller Girl. Her latest book, When Stars are Scattered, about two young boys growing up in a refugee camp, is a National Book Award Finalist. She received her BFA in illustration from the Rhode Island School of Design and worked as a children's book designer before becoming a freelance illustrator. She has also worked as a portrait artist aboard a cruise ship, and has lived in Australia, Italy, and Canada. Now she lives in Pennsylvania with her husband and son.

Todd Parr is the author and illustrator of more than 40 books for children, including the New York Times bestselling The I Love You Book, The Earth Book, and The Thankful Book. His books are available in over fifteen languages throughout the world. He is the co-creator of the popular children's television show ToddWorld as well as short films for Sesame Street. Todd has partnered with Target, SF-MARIN Food Bank, Stouffer's, People Magazine and several companies and organizations to help people, animals, and promote literacy. Todd's books have won several awards and his TV show, ToddWorld, was nominated for three Daytime Emmy Awards. Todd lives in Berkeley, California with his three adopted Pit bulls.

Catherine Stier is a San Antonio-based author of award-winning children’s books and has authored seventeen children’s books and numerous magazine and newspaper articles. Her books have received honors from the International Reading Association, the Bank Street College of Education and others, as well as starred reviews from Kirkus and School Library Journal. Stier’s research on children’s literature has been featured in Children’s Literature in Education and other academic journals. Stier visits Lamplighter during National Park week, featuring her book, If I Were a Park Ranger, as well as her newest series A Dog’s Day books.

Don Tate is an award-winning author and the illustrator of numerous critically acclaimed books for children. He is also one of the founding hosts of the blog The Brown Bookshelf – a blog designed to push awareness of the myriad of African American voices writing for young readers, with book reviews, author and illustrator interviews. He is the author two Ezra Jack Keats award winners, Poet: The Remarkable Story of George Moses Horton and It Jes’ Happened: When Bill Traylor Started to Draw. Some of his illustrated books include Whoosh! Lonnie Johnson’s Super-Soaking Stream of Inventions, The Amazing Age of John Roy Lynch, The Cart That Carried Martin, and Hope’s Gift. Mr. Tate visited Lamplighter on January 30, 2019.

Chris Barton is the author of picture books including bestseller Shark Vs. Train, Sibert Honor-winning The Day-Glo Brothers, and Whoosh!: Lonnie Johnson's Super-Soaking Stream of Inventions, included on 19 state reading lists. His newest books include Dazzle Ships, the Mighty Truck early-reader series, and What Do You Do with a Voice Like That? The Story of Extraordinary Congresswoman Barbara Jordan. Chris and his wife, YA/middle-grade novelist Jennifer Ziegler, live in Austin, Texas, where Chris has advocated for greater diversity in children's literature by cofounding the Modern First Library program with BookPeople. Mr. Barton visited Lamplighter on January 30, 2019.

Author and illustrator Javaka Steptoe was awarded the 2017 Caldecott Award and 2017 Coretta Scott King Award for his book Radiant Child, which tells the story of young artist Jean-Michel Basquiat.  Steptoe’s vivid text and bold artwork introduces young readers to the powerful message that art doesn’t always have to be neat or clean – and definitely not inside the lines – to be beautiful.  Mr. Steptoe visited Lamplighter on November 14, 2017 and presented his book, Radiant Child, to Lamplighter students.

Author Matt de la Peña was awarded the 2016 John Newbery Medal for his picture book “Last Stop on Market Street” (illustrated by Christian Robinson). The words and illustrations describe the journey of a young boy named CJ and his Nana as they ride the city bus. “And in the darkness, the rhythm of the guitar lifted CJ out of the bus, out of the busy city.”  Peña visited the Media Center on October 11, 2016.

Sergio Ruzzier, Italian picture book author and illustrator, visited Lamplighter in March, 2016.  He now lives in New York and works with past Dooley illustrators, Sophie Blackall and Brian Floca. Ruzzier began his career as an illustrator in 1986. In 1995 he moved to New York City, where he’s been creating pictures and stories for national and international magazines and book publishers. He was a recipient of the 2011 Sendak Fellowship. His work has been awarded by American Illustration, The Society of Illustrators, Communication Arts, and The Society of Publication Designers. He won the Parents’ Choice Gold Medal for The Room of Wonders and for his illustrations for Why Mole Shouted.

David Macaulay, author, illustrator, and Caldecott winner, visited The Lamplighter School in October, 2015.  Macaulay has written and illustrated more than twenty books for children and adults.  “What David Macaulay draws—churches, cities, pyramids—he draws better than any other pen-and-ink illustrator in the world.” –Time Magazine.  While in Dallas, Macaulay also visited The St. Mark's School and The Greenhill School.  To learn more more about David Macaulay, visit his website here.

Michelle Staubach Grimes, former Lamplighter parent, visited in January, 2015 and read from her new book Where is Pidge? Pidge – the middle child in a big family – is curious, helpful and fun, but sometimes gets lost in the shuffle. She’s mostly content with her book, her dog and her siblings, but one day she’s had it with not feeling special – Pidge decides to run away! Her plan goes awry and she finds herself STUCK in a very odd place. After a long day, she finds her way back into the arms of her family. There, Pidge is reminded that they love her deeply, and a day without Pidge in the Hoobler home is a disaster.

Patricia Vermillion, award winning children’s book author, read and signed her newest book, Hound Dawg, at the Barnes and Noble book store. Cheryl Pilgrim, illustrator of Hound Dawg, also signed and drew for the event.  Vermillion also signed Hound Dawg at the Dallas Arboretum and at the 2015 Texas Book Festival in Austin. Hound Dawg is Vermillion’s second children’s book. Author and poet Liz Garton Scanlon says, “Patricia Vermillion has a highly developed sense of place – and of fun! You can’t help reading her Southern twist on The Little Red Hen with a slight twang and finishing it with a BIG GRIN.”  Patricia Vermillion read her book, Hound Dawg, to Lamplighter students in September, 2015. Her autographed book is available for purchase. For more information: http://www.patriciavermillion.com

The Erik Jonsson Media Center Open House offers a special opportunity for parents to purchase new books while honoring their teachers during the holidays. Every book purchased is dedicated to the teacher or staff member of your choosing, and will permanently reside in the Erik Jonsson Media Center. These books are in lieu of individual gifts since the Lamplighter Parents' Association provides cash gifts to each member of the faculty and staff at the holidays.